Crete is the largest island in Greece. The coastline offers sandy beaches, medieval port cities and quaint fishing villages. The interior of the island has fertile plains, mountains with traditional villages, and amazing hiking trials.

Weather: May to June warm and sunny. July and August are very hot, sunny and can be windy. September and October are less windy, and not as hot, still lots of sunny days. By October there can be a couple of rainy days, but nice for enjoying the outdoors and many of the tourist have gone home and there are more opportunities to experience local activities.

GETTING THERE: There are several daily flights from Athens to Heraklion (HER), Chania (CHQ), as well as charters in the summer time from the UK and other Europen points.

Ferries also run regularly between Piraeus (Port of Athens) and Crete. From Piraeus overnight ferries go to Heraklion in Central Crete and Souda (Port of Chania) in western Crete. There is also a port in Eastern Crete, Agios Nikolaos/Sitia, the route is via Santorini and Milos. From Sitia there is also service to Rhodes.

For info about Crete visit: http://www.explorecrete.com/

KNOSSOS and the beginnings of Cretan Archaeology:

Crete is an island of myth and magical beauty. Already in classical times myths about the legendary King Minos of Crete inspired the works of poets and arts. According to myth King Minos demanded an annual tribute of seven youths and maidens from Athens, who were sacrificed the Minotaur, a terrible beast that was half man and half bull.

It wasn’t until excavations in the late 19th and early 20th century that evidence was found indicating that a highly evolved civilization thrived on Crete over three and half thousand years ago. The archaeological site of Knossos, just miles from the modern capital of Heraklion, appears to be a palace complex complete with an underground labyrinth. This find of the maze-like corridors on the lower level of the building led “archaeologist” Author Evans to coin the term “Minoan civilization,” after the legendary King Minos. Evans believed this civilization to have worshipped the Great Mother Goddess, as is suggested by the numerous female figurines unearthed by Evan's and his team (which included the grandfather of our guide on Crete).

The first British female classicist Jane Ellen Harrison visited Evans during his excavation. The finds at Knossos supported Harrison’s theories of an ancient goddess cult in Greece prior to the Heroic period of the Iliad. However Harrison was blackballed by most of scholars of her time and her work was not resurrected until the 1970s, decades after her death. Many of Harrison’s theories have become popular among scholars today.

From Travel Guard:
"... any new volcanic issues in Iceland are now considered new situations for travel insurance coverage, except for travel in and out of Iceland since Iceland airports are not back to normal yet.

If I purchased a policy on or after 4/14 would coverage apply to a future eruption?
As long as your policy is purchased prior to any future eruption occurring, you would be covered under most of our U.S. products.

You can purchase Travel Guard Coverage through Eurynome Journeys or your travel agent.
Posted by WanderWoman Team at 12:50 PM No comments: 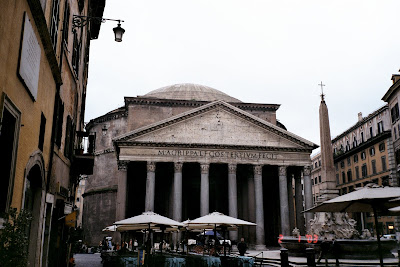 Do something different for New Year's Eve this year! Join Eurynome Journeys for a New Year's celebration in the eternal city: December 29, 2011 to January 4, 2012! Visit the Christmas market in Piazza Nuovo, see a New Year's Parade Roman style, discover the hidden gems of Rome. Our boutique hotel is located near the Spanish Steps and just a short walk from the Pantheon, and Villa Borghese Gardens. Group size is limited to 14. Email us for tour details at wanderwoman-info@att.net. LIVE, LAUGH & TRAVEL!
Posted by WanderWoman Team at 6:48 PM No comments: