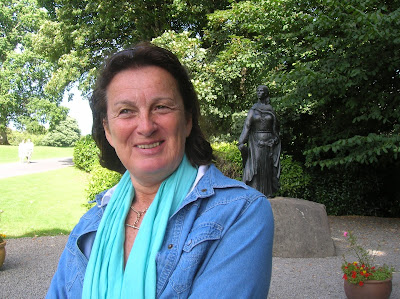 
In recognition of International Women’s Day and Women’s History Month, in a year that is focusing on a particular woman vying for a place in US History, Eurynome Journey’s travel itineraries are particularly germane.  Their Ireland tour Wild West of Ireland in Search of Grace O’Malley features special guest Anne Chambers, the official biographer of the Celtic Queen Grace O’Malley.


Ireland’s Pirate Queen Grace O’Malley, or Granuaile, the Gealic version, may have been lost forever from the historical record were it not for Anne Chambers. Chambers summered as a child in county Mayo listening to the fantastic tales of Grace O’Malley, a seafaring Pirate Queen of the 16th century. Years later in Dublin, Chambers’ interest in Granuaile was rekindled and she began research to determine if the tales from her childhood were just that – tales.  In her research she uncovered documentation proving many of the legends as factual.  Turns out, Granuaile was real and every bit the force of her childhood tales. She had an audience with Queen Elizabeth I, commanded a fleet of 200 hundred fighting men men; entered into strategic marriages to improve her position of power; and owned and controlled numerous castles. Chambers spent years resurrecting and compiling the history of this O’Malley chieftain and inserting her into her rightful place in the history books and Irish school curriculum. For the first time, Anne's biography drew Ireland's great Pirate Queen in from the vagueness of myth and legend and restored her to the annals of historic record and founded an international interest in a woman centuries ahead of her time, including the WanderWoman connection.


Anne Chambers notes, “On International Women's Day 2016 it is appropriate to remember one of the world's most remarkable female leaders. Fearless leader by land and by sea, political pragmatist and tactician, rebel, pirate, wife, mother, grandmother, matriarch, the 'most notorious woman' of the 16th century, Grace O'Malley challenges and manipulates the turbulent politics of a period of immense social change and political upheaval. Breaching boundaries of gender imbalance and bias, she re-wrote the rules to earn her right to be hailed one of the world's first documented feminist trail-blazers.”


Chambers connection to Eurynome Journeys is kismet. Owner/Founder Erja Lipponen explains, “During my first WanderWoman tour to Ireland in 2000, I discovered Anne Chamber's book Granuaile: The Life and Times of Grace O'Malley c.1530-1603  at a bookstore in Westport, the heart of Grace O’Malley country.   Anne’s approach to telling the story of Granauile is empowering and female affirming.  I was so taken by the story of this Celtic queen that I wanted to do a tour based on her life.  So after returning home and doing some research I decided to contact Anne.  To my delight she said she would be happy to join my WanderWoman group and tour the Clew Bay area with us and she has been a special guest ever since. Anne is brilliant and brings Granuaile to life!”


During the 11-day trip among the places the group visits are Clare Island, Grace O’Malley’s strong hold and the location of a13th century abbey believed to be her final resting place.  There is an opportunity to hike up Croagh Patrick, a scared mountain since pre-Christian times, where St. Patrick fasted for 40 days. At the base of the holy mountain the tour visits Murrish abbey.  Lipponen’s favorite place is the beautiful but rough, wildness of Bunowen Bay where Granuaile started her married life to her first husband Dónal an-Chogaidh O’Flaherty. The group will also explore the grounds of Ballynahinch Castle, built on an old O’Flaherty site and tour Dungaurie Castle, a restored 16th century tower castle. The tour includes other sites associated with the O’Malleys, O’Flaherties, Joyces, Brownes, Bourkes, D’Arcys, Lynches, MacMahons, Martins, and more. 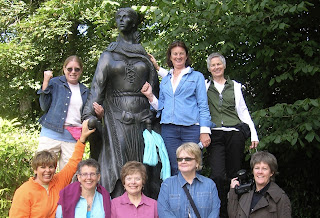 Lipponen’s personal interest in archeology means that most tours explore ancient sites of the region. For Ireland, she has brought in local archaeologist Michael Gibbons. He will accompany the group on an exploration of the archaeology and natural wonders of beautiful Connemara visiting sites associated with Granauile.


Lipponen explains, “It is not unusual for the group to come across human bones exposed by the forces of nature and one very wet year on Omey Island, we had an archaeological discovery. A young woman on the tour spotted a carved pin that was probably from a funerary shroud, which dated to 800 AD!  Exploring archaeological sites with Michael is always fascinating and gives us lots to talk about at the pub when he joins us for a Guinness.” 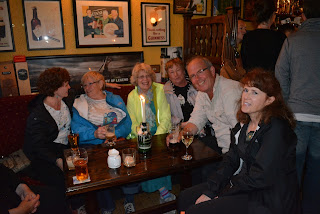 Traveling with these two special and well-known guests you just never know who you might meet along the way. Lipponen recounts, “Over the years we’ve had the honor to meet former US ambassador Walter Curley. One year he, not just came to say hello to us, but invited us all into his home and gave us a tour. With Michael we ran into Irish author Tim Robinson, in Roundstone. He has written many books about the west of Ireland including, Connemara, the last pool of Darkness. On our very first Grace O’Malley tour we had the privilege of meeting Grace O’Malley's 13th great grandson, Jeremy Browne the Marquess of Sligo, who personally led the group on a tour of his ancestral home, the Westport House.”


The smallness of the group, limited to 8-12 travelers enables these encounters. Wanderwoman selects smaller properties including an award-winning guesthouse, a small Irish-style hotel, and two B-n-Bs with lots of Irish charm and warmth. The pace of the tour is leisurely with time to explore on one’s own to partake in optional activities such as horseback riding or evening concerts. This is a great trip for the first time visitor to Ireland as well as for returning visitors.

For more information on this and other tours: http://wanderwoman.com/
email: info@eurynomejourneys.com or call 207-236-0110 office 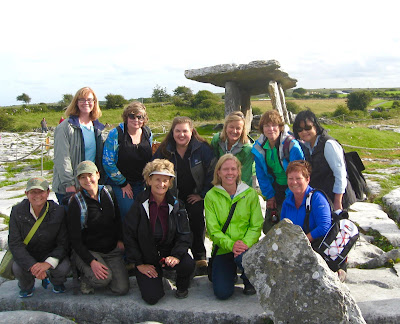 Posted by WanderWoman Team at 6:43 AM