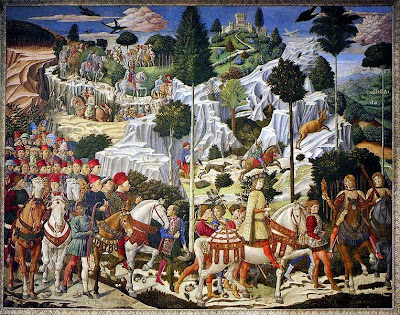 Epiphany celebrations are a wonderful way to end the holiday season. Below is a brief explanation of the symbolism associated with this Christian holy day and descriptions of Epiphany celebrations that are annually held at some of my favorite winter destinations.
The Epiphany is on 6 January, and marks the last day of the 12 days of Christmas. The word epiphany comes from the Greek and means “appearance or revelation.”

“Epiphany is celebrated by both the Eastern and Western Churches, but a major difference between them is over precisely which historical events the feast commemorates. For Western Christians the feast primarily commemorates the coming of the Magi, while in the East the feast celebrates the Baptism of Christ in the Jordan. However, in both cases the essence of the feast is the same: the manifestation of Christ to the world (whether as an infant or in the Jordan), and the Mystery of the Incarnation."
Source: http://en.wikipedia.org/wiki/Epiphany_(Christian)

ATHENS, GREECE
In Greece, since this day symbolizes many things including the baptism of Jesus Christ, the celebration involves the blessing of the waters. In every port city and town a procession carries a blessed crucifix to the water into which it is then thrown. Each Greek port town has its local variation of this age-old tradition. I once spent the Epiphany in Athens. The procession took place in the Piraeus, the port of Athens. The ferries that transport thousands of travelers each year to the Greek islands and the Greek naval fleet were lined up in the harbor for the blessing. Priests in full regalia carried a large crucifix followed by marching bands and Athenian notables. Loud speakers made the blessing audible to the hundreds that had gathered for this annual ritual.

Added bonus: on the Epiphany, as on other holidays, most archaeological sites and museums have free admission. 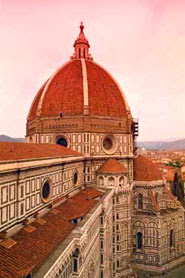 FLORENCE, ITALY
An ancient Florence tradition, the "Cavalcade of the Magi" or Procession of the Three Wise Men was resurrected in 1997. On January 6, at 2 pm from Piazza de' Pitti the procession begins and makes its way to Piazza del Duomo.

This is a spectacular event! The year I was in Florence for the Epiphany our room at the Hotel Brunelleschi overlooked the avenue leading to the Doumo, so we watched the procession from the warmth and comfort of out hotel room.

“The three Magi on horseback, wearing Renaissance costumes inspired by …Benozzo Gozzoli's frescoes (see image), are preceded by a cortège of hundreds of other costumed personages, among whom the members of Florence's Historical Football Association and representatives of towns in the Province of Florence, along with horsemen, banner throwers, footmen and standard bearers.”
Source: http://www.florencehotel.com/eng_festa_dei_magi.html 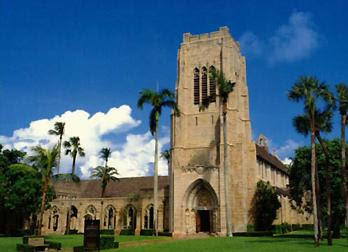 I just returned from an epiphany celebration that involved bagpipers, jugglers, lords and ladies regally dressed, and a boar’s head. Perhaps you are familiar with this Anglo tradition. However it was not in the British isles I attended this medieval event, it was in Palm Beach Florida. The sky was sunny and the temperature was 80 degrees F.

Every year for the past 30 years or so Bethesda by the Sea Episcopal Church has reenacted a Boar’s Head procession in honor of the Epiphany. The tradition of a boar’s head procession dates back to medieval times. At Queen’s College, Oxford in England a student was reading a book by Aristotle in the woods when he was attacked by a wild boar., explained the minister of the church. Fearing for his life the youth crammed the book into the attacking boar's throat, killing the beast. This incident came to symbolize the triumph of reason over brute force. Somehow this event became incorporated into the celebration of the epiphany by the Church of England, from which the Episcopal church broke off during the American revolution. In Palm Beach the head of an actual wild boar that was killed in the Palm Beach area (100 plus years ago) is a part of the procession. The bagpipes, the singing, and the costumes are magnificent! The procession is held twice, at 2:30 and 4:40 pm.
Get there early to get a good seat!

BELOW ARE SOME LINKS TO HELP YOU PLAN A WINTER TRAVEL EPIPHANY:

Winter is a great time to find DEALS for European travel. To find the best deals travel after Christmas through the end of February, and avoid travel during school breaks, if possible.

British Airways' One World Alliance also has great winter promotions to destination throughout Europe. Consider staying a couple of nights in London on one segment of your trip. More on London winter getaways coming soon!

Electra Palace Hotel is my favorite place to stay in Athens. It has the best breakfast in Athens, an indoor pool, sauna, Jacuzzi, rooftop restaurant-some rooms have acropolis views and it is within walking distance to the Acropolis and major sites. Nightly rate: $215 (photo of hotel lobby)

Herodion Hotel is also a nice hotel with a great location near the Acropolis and Plaka. Winter rates are approximately $127 per night.

Plaka Hotel in the heart of the Plaka district near main sites, in a somewhat busier area, has great roof top views and is less pricey. Sorry no URL, some blogger seems to have swiped it. Check on Hotels.com for description. Nightly rate: $106

Cecil Hotel is also near major sites, it is a smaller property with 40 rooms, offers less amenities, but it has character- a good budget choice at $91 for a double.

Getting to FLORENCE, Italy:
Alitalia has great specials on flights to Florence (FLR) and packages including hotels. Also check British Airways.

Florence Hotel favorites and great winter special:
Hotel Brunelleschi has a great location, and the architecture is historically interesting, however the property is a bit tired, but a great value during the winter months (not worth the money during other times of year). It is located just 100 meters from Doumo. Nightly rate: $210

Hotel Calzaiuoli is a modern hotel located in the center of everything and offers great winter deals and a terrific website with interesting information about Florence.

Wonderful smaller hotels:
DEGLI ORAFI is a charming boutique style hotel with 42 rooms on the Arno River just steps from the Ponte Vecchio. During the winter months save up to 60%. A double standard room is regularly $560 per night, but until March the rates can be as low as $235 per night. There is no restaurant, but there are great views from the top floor breakfast room. 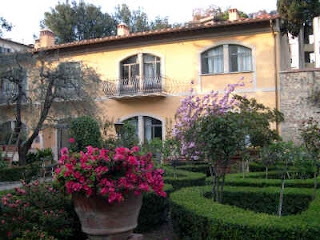 (Photo of Hotel Monna Lisa)
The Monna Lisa has 47 rooms and lots of charm and a great location. No restaurant other than a lovely arched breakfast room.

Hotel Cesstelli is very small hotel with just 8 rooms in the heart of Florence has double room en suite for about $150 (100 Euros) rooms with shared bath are less.


Getting to PALM BEACH, Florida, USA:
Of course winter in Florida is high season, but it’s a quick getaway from the cold northeast and even worth a trip from farther away. In November and early December, before most to the snowbirds arrive, some great winter deals can be found and no worries about the wilting value of the US dollar against the Euro.

Jet Blue flies into West Palm Beach (PBI) from most major US cities.
For a list of all airlines with service into PBI visit the official airport website: http://www.pbia.org/guide/airlines.aspx 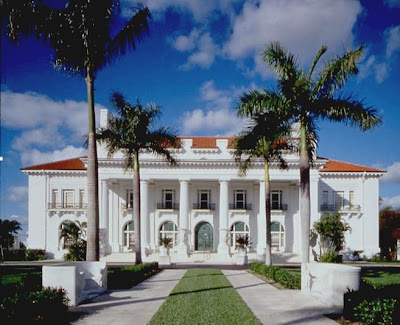 Flagler Museum in Palm Beach Forida
Hotels choices in Palm Beach Florida:
The Breakers Hotel is right next to Bethesda by the Sea Episcopal Chruch and it is Palm Beach at its best, but rates start at about $580 plus per night . But if you are looking for an authentic Palm Beach experience, look no further.

The Ocean Front Inn in South Palm Beach, about a 20 minute drive from Palm Beach is a funky little low-rise hotel on the ocean, no thrills, but it has a pool overlooking the Atlantic ocean, a beach (the beach has just been brought back after a storm that washed it away) a fun little pool bar, and a restaurant with ocean views and it is within a short walk to great Ice cream (the Ice Cream Club-try Bear’s Claw), the Florida Stage theater and a couple of good restaurants restaurants and the Ritz Carlton-a favorite brunch spot. It’s not the Breakers, but its only about $150 per night.


Fairfield Inn and Suites by Marriot-affordable, but on the Lake Worth side of A1A, across the street from the ocean. But its just a short walk to the Lake Worth beach on the Atleantic Ocean and across the bridge from downtown Lake Worth and its many restaurants. Nightly rate approximately : $160


Of course don’t forget about the Four Seasons and Ritz Carlton, but for the price you might as well stay at the Breakers (but be sure to check Hotels.com for any specials). The Chesterfield, a boutique hotel in downtown Palm Beach on Palm Row, is just three blocks from the beach starts at $400 per night.


Note: All prices are estimates and may vary depending on travel dates. Prices are subject to change.

Posted by WanderWoman Team at 9:01 AM 3 comments: