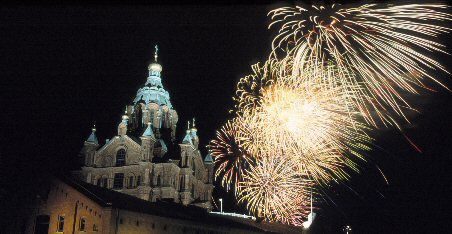 HAPPY NEW YEAR!
Modern New Year's celebrations vary from place to place, but they all have roots in ancient beliefs and customs.  Below are a few you may want to incorperate into your celebration...

In Irish “Happy New Year” is Athbhlian faoi mhaise (Ah-vleen fwee wash-eh)
Traditional Celtic New Year: Samhain
Traditionally during the New Year, as the world transitioned from dark to light, it was a time for casting spells and incantations to ward off evil.  Today in Ireland this custom is still practiced by some, but rather than banishing misfortune with spells, a Christmas bread or cake is throw at the front door to out keep hunger and sorrows.  Also on New Year's Eve, to attract good luck, the Irish will enter through the front door and go out the back door.
New Year in Italy "Felice Anno Nuovo"
In Italy New Year’s is a family event with a dinner of pork and lentils (symbolizing wealth), after which the Italians take to the streets to enjoy firework displays at midnight.  Many Italians observe the New Year with traditions such as the wearing of RED underwear (the color of prosperity) and eating a spoonful of  lentil stew at each bell toll at midnight.  So, if spending New Year's Eve in Italy, be sure to pack your red Patagonia travel underwear!

New Year's Eve magic in Finland
"Onnellista uutta vuotta”
Casting of tin
New Year's Eve has traditionally been the time for fortune telling and predicting of the future. People have tried to secure a good fortune for the coming year or get a glimpse of the future events by performing various magical tasks and tricks. Some of these tricks have remained until our times as an amusement and games practiced for fun in New Year's parties.

Tin horseshoes: One of the most popular tricks performed is the casting of tin. Everyone gets a small piece of tin, cast in the shape of a miniature horseshoe, a traditional symbol of good luck. The horseshoe is melted and poured quickly in a bucket of cold water, making it harden into a more or less irregular-shaped, solid clump.

The shape and shadow of the resulting cast is examined and interpreted to predict the various future events of the coming year. Different shapes have different meaning, promising good luck, health, wealth, happiness, travel, marriage, or sorrow, etc.

Source, where other methods of predicting the future can be found:
http://www.dlc.fi/~marianna/gourmet/season6a.htm 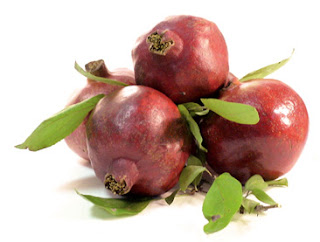 On St. Basil's Day (January 1) the "renewal of waters" takes place, a ritual in which all water jugs in the house are emptied and refilled with new "St. Basil's Water." The ceremony is often accompanied by offerings to the naiads, spirits of springs and fountains. Also in Greece, on New Year's Day there is an ancient custom of breaking a pomegranate on the door for good luck. Gifts are also traditionally exchanged on this day.

Specail cakes, Vasilopites, with a flouri (coin) in it  are also baked on this day.  The cake is divided into pieces for each family member and/or designated to represent family, business, home, church, God, etc.  Whoever receives the coin in their piece of cake is given good fortune for the year. Click here for Vasilopita recipe


Traditions from other countries can be found at: http://en.wikipedia.org/wiki/New_Year's_Eve

In case you are wondering where to get the Patagonia New Year's Eve appropriate underwear, here is a link: Moosejaws
Posted by WanderWoman Team at 1:38 PM No comments: